It’s been a beautiful sunny week with temps flirting with 90. Next week will be closer to normal trailing off to highs around 70 later in the week.

Wynn stock gained a lot of ground this week under rumors that Sheldon Adelson has an interest and possible plans for a takeover.

St Patrick’s Day, Spring Break, and March Madness are all coming together to make this a huge weekend in Las Vegas.

Just the basketball is expected to see $10 billion in betting as the bettors are out in force.

The Welcome To Las Vegas Sign is lit up in green. All “little people” that want a job are dressed in green at the bars.

Senate Bill 115 will add libraries to the list of places where you cannot carry a gun. Schools and child care facilities are already on the list.

Senate Bill 283 would require the DMV to design a special license plate in support of the new hockey team, the Vegas Golden Knights.

Assembly Bill 264 would require state agencies and school districts to set their printers to default to double-sided printing in order to save the planet and save money.

February taxi ridership was down 20% in February compared to last year, thanks to ride sharing programs.

The odor ordinance passed through the City Council allowing the $2000 nasal ranger to assist officials into sniffing out odors and have a recorded document of just how far out of limits the odor was.

A coal fired power plant just north of Las Vegas near Moapa shut down on Saturday after they used the last of their coal. Demolition and clean up has already started.

A man jumped to his death from an elevated freeway landing next to the Main Street Station parking lot on Monday.

A man threatened to jump off the 8th floor of the Hard Rock hotel parking garage on Tuesday evening. Paradise Road was closed while police talked the suicide chump into surrendering.

The Who announced a plan to play a mini residency on their latest farewell tour. Pete Townshend and Roger Daltrey are the only two remaining members and are in their 70s. The shows will be between July 29 and August 11. John Entwistle died in Las Vegas after an overdose of cocaine and hookers in 2002. Keith Moon died in 1978.

NASCAR was in town this past week with several local guys racing. None of the locals did very good. Martin Truex Jr won the big race.

Terry Fator is celebrating 8 years at The Mirage.

Criss Angel learned that he is not really magic after a Friday night show was cancelled when he passed out while trying to get out of a double straight jacked while suspended upside down. The audience got a 15 minute show, but they wont forget it.

Marty Allen will do a birthday show for his 95th on Thursday at 7:30pm at the SouthPoint.

As the Boulevard Mall tries to revamp itself, JC Penny’s announced that they would shut down their store there. Earlier this year, Macy’s said it would pull out of that mall.

Death Valley park officials are not expecting a SuperBloom of wildflowers, despite ample rain. While it’s a pretty good year for wildflowers and allergies in this part of the country, the Death Valley SuperBlooms come after years of drought and accumulations of wildflower seeds.

The Bellagio Conservatory is in full bloom for spring with Japanese tea garden featuring a 35 foot tall Kabuki figure.

A 28 year old woman in Elko Nevada was arrested for C) leaving her infant in an unlocked car with engine running while she went into the casino and gambled for an hour.

As you may have noticed, the BB is down. Myself and my web host are working hard on it. My day job will slow down the pace in the next few days if we don’t get it going soon. If I have any more updates, I’ll post them here, as well as the news. 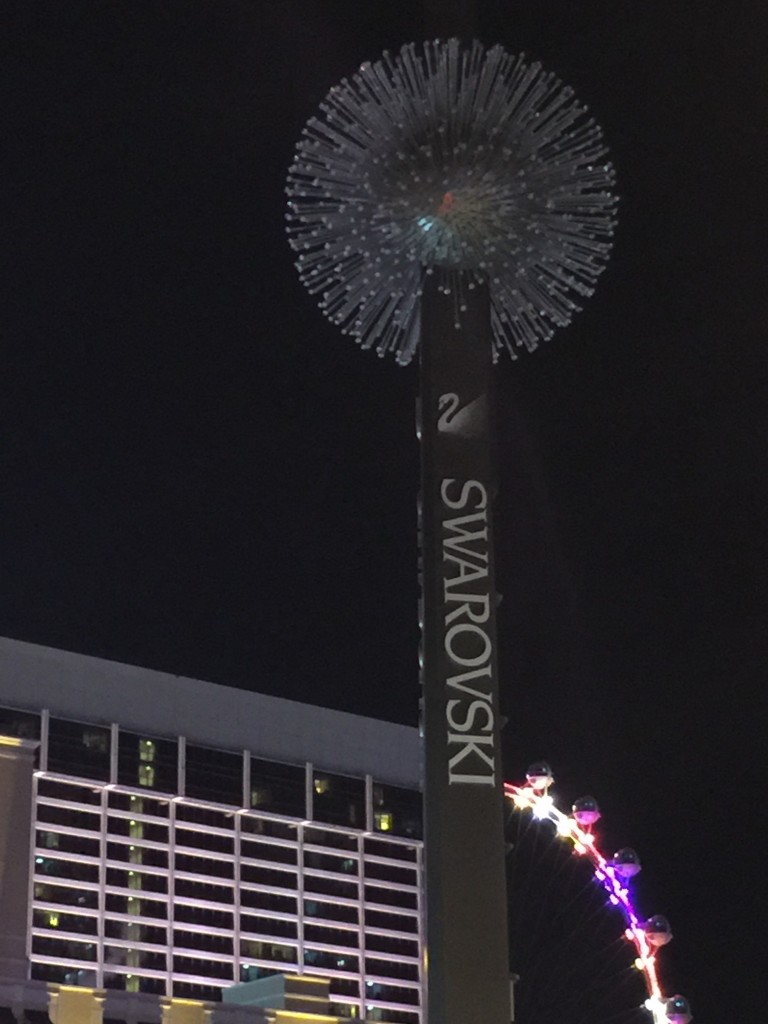 The newly overhauled Denny’s is now open. It is two stories tall and has a balcony overlooking The Mirage 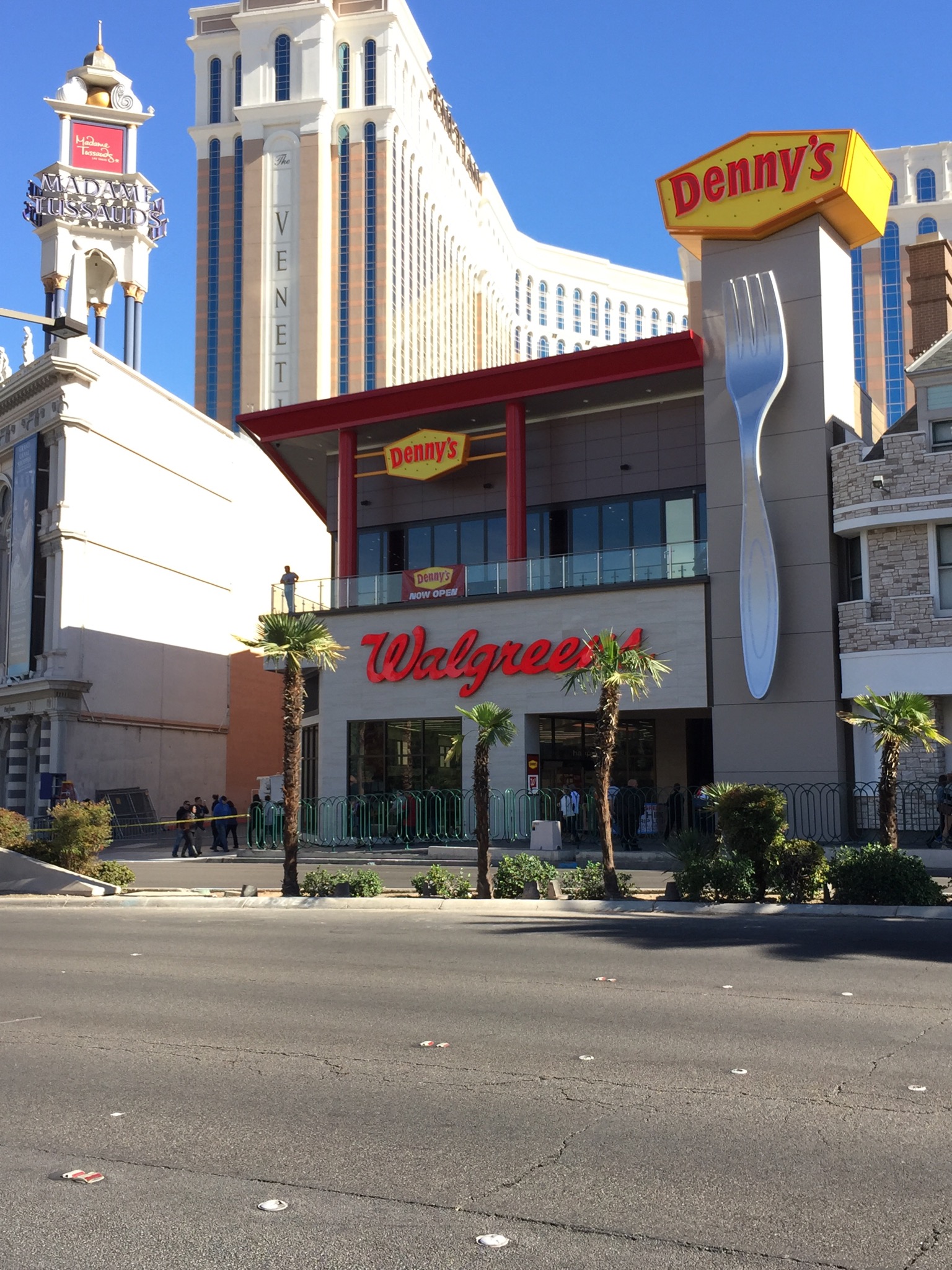 So this is what catches your eye as soon as you pull into the new SLS from the Strip.

Does it make you hungry for Carl’s Jr. ? 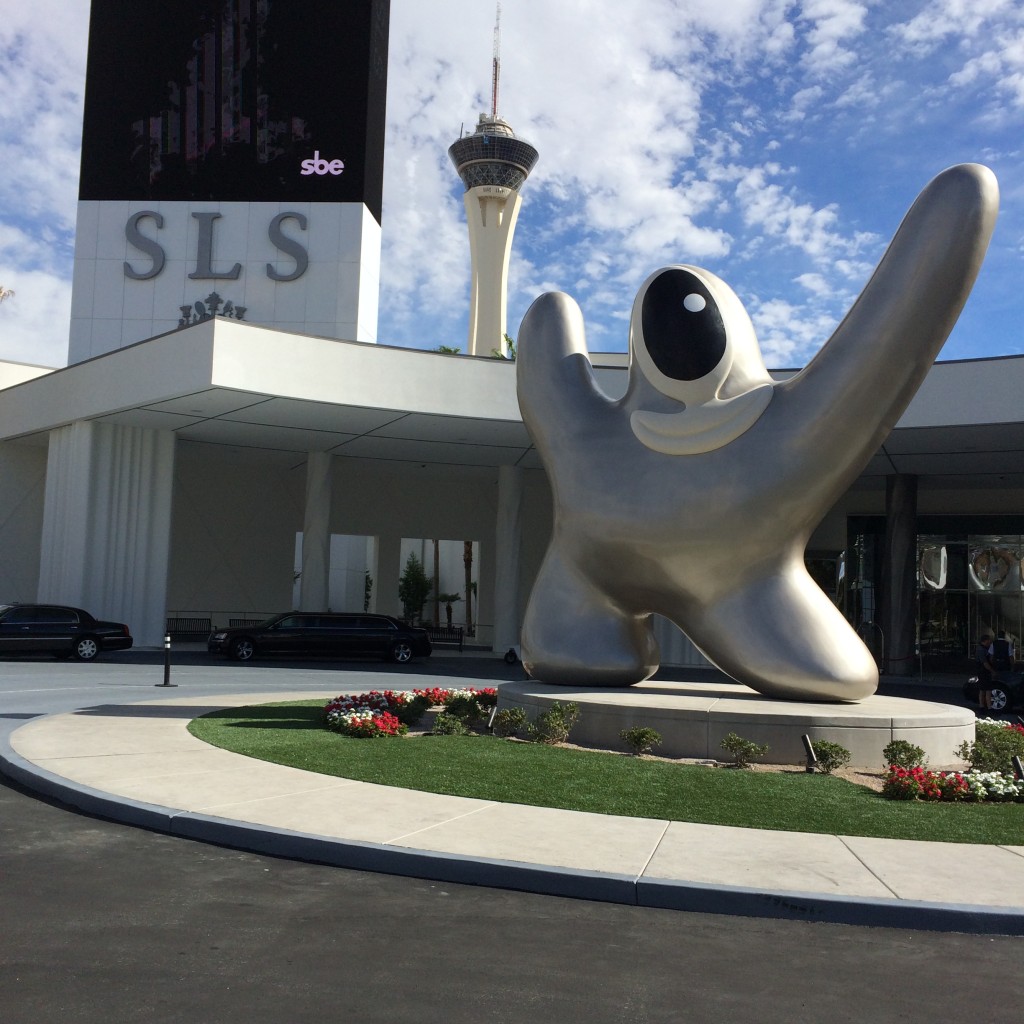 This is a view of the Quad from the balcony at Brooklyn Bowl. All of the rooms seem to be in a remodeling phase. Notice the variety of colors on the rooms to the far right.  There seems to be a couple of different shades of blues and greens. 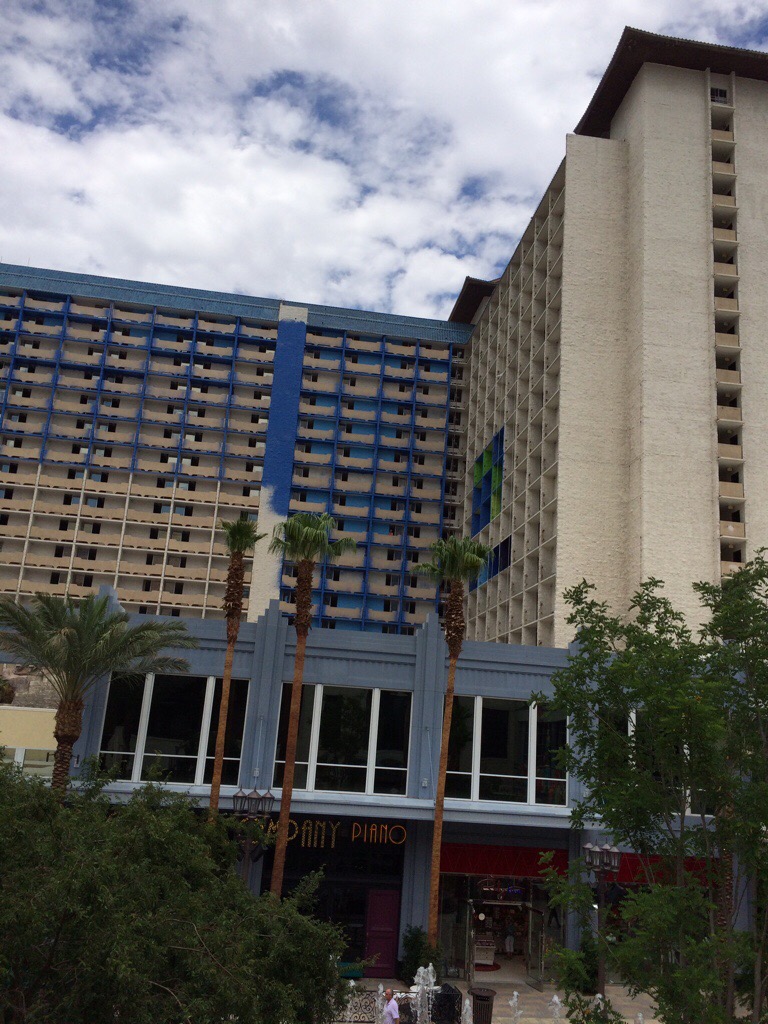 It’s a little bit sad to see this sign walking through the deconstruction zone. 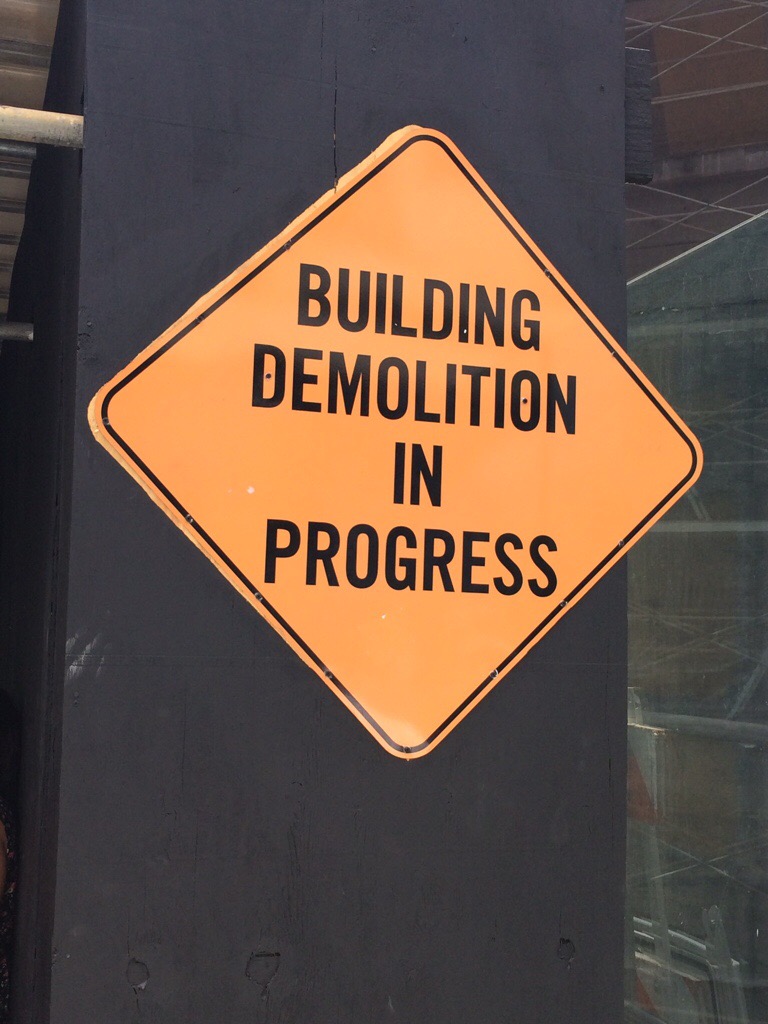 I thought I’d play a little game here. Who owns the vehicle with this plate? 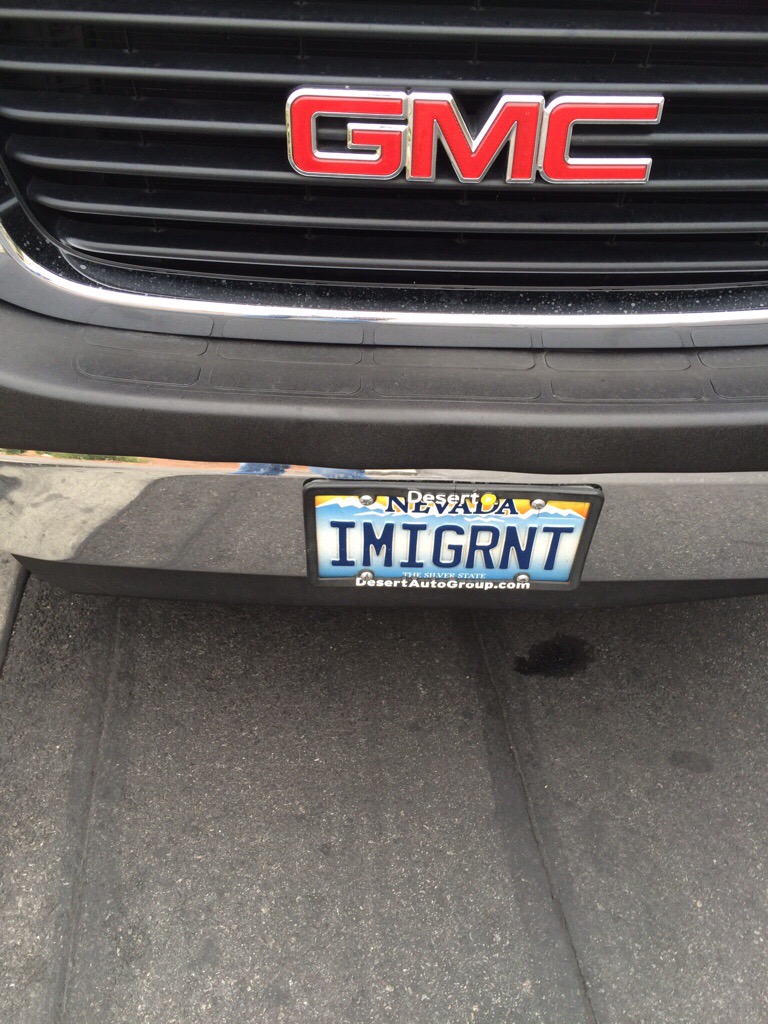 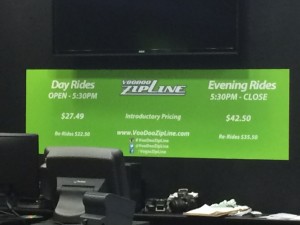 I was at The Rio last night and noticed they were putting finishing touches on their zip line store.  I couldn’t help but notice the pricing.  I don’t see that price surviving.

Later, I checked out the lines that run from one tower to the other and the promo material for the zip line.  I still can’t figure out if this is supposed to be an awesome view like the ferris wheel, or if it is supposed to be a thrill ride like a roller coaster. 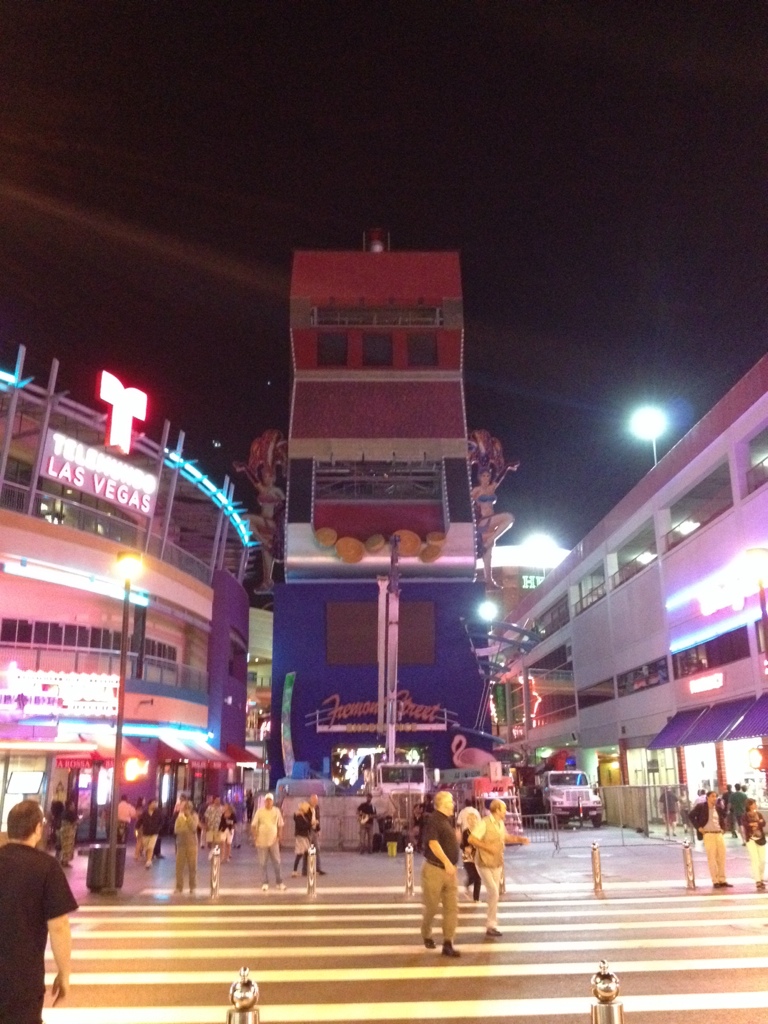 Did you ever wonder how big Slotzilla would be? The new downtown zip line is nearing completion. It looks sorta intimidating in the dark, especially with Halloween around the corner. When it is finished next month it will be fully lit, including the showgirls on each end that will be decked out in neon.